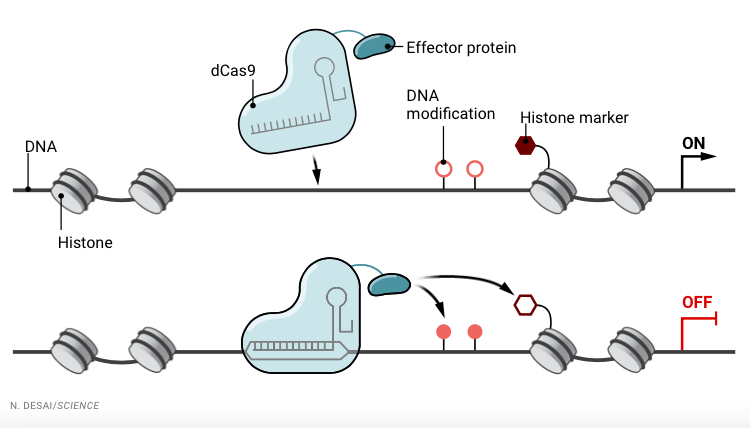 “A flurry of studies in the past few years in mice suggests epigenome editing is a potentially safer, more flexible way to turn genes on or off than editing DNA. In one example described last month at a gene therapy meeting in Washington, D.C., an Italian team dialed down expression of a gene in mice to lower the animals’ cholesterol levels for months. Other groups are exploring epigenome editing to treat everything from cancer to pain to Huntington disease, a fatal brain disorder.

Unlike DNA editing, where the changes are permanent and can include unintended results, epigenomic edits might be less likely to cause harmful off target effects and can be reversed. They can also be more subtle, slightly ramping up or down a gene’s activity, rather than blasting it at full force or erasing it altogether. “What’s exciting is that there are so many different things you can do with the technology,” says longtime epigenome editing researcher Charles Gersbach at Duke University.”